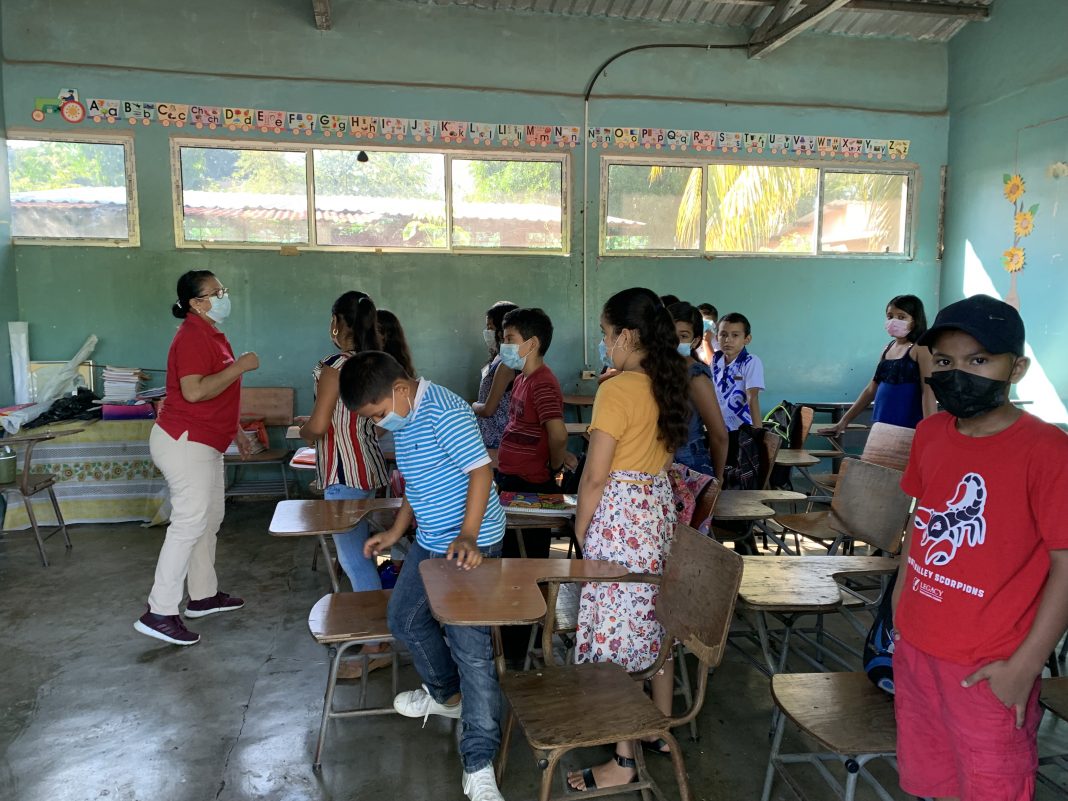 On October 27, Doctor’s Day is commemorated in Honduras; the exchange of messages of congratulations and good wishes begins to saturate social networks from the very early hours of the morning, and the entertainment continues until late at night with a dance party.

Doctor García will not attend the celebrations this year, “I was left with depression, now I go to bed early, I thought I was going to die. Of the 10 doctors who were in the Social Security Covid19 room, eight died, I couldn’t breathe, and if I had a weapon in my hands I would shoot myself” shared the doctor.

He was hospitalized for 15 days, he refused to enter the intensive care unit, they thought he was the first to die, «due to obesity, high blood pressure and blood sugar, he was already 62 years old, but I He was a controlled pre-diabetic and his mood tried to control it, he prayed at 3 in the morning and at 3 in the afternoon, the Our Father and the Hail Mary,» the doctor narrates.

«When I was more serious and I felt that I was going to die, I fell into a deep sleep and I looked at the Lord’s sandals, when he came out of the wall, he put his hand on me to heal me and then he left, when I reacted, I took the Bible and I read the first verse that I saw and it said «Every tree that does not bear fruit will be cut down Matthew 7:19, that’s when I realized that the sandals were to continue on the pilgrimage and continue in this life for a while longer» shared Dr. García.

After that experience he began to recover

According to Dr. García, 8 out of 10 doctors who entered the emergency room due to the virus lost the battle, he considers that the high viral load in hospitals increased mortality rates, in his case he considers that his infection was more of a community virus because it was in a shopping center at the end of 2020 that he was infected.

Also read: Mental health in Peru is a great challenge after Covid 19.

How will the virus behave in October 2022 in Honduras?

Until the month of October 2022, Honduras has the lowest statistics of the entire pandemic, with less than 2% positivity, many hospitals have already closed their Covid19 rooms, in the case of the Honduran Institute of Social Security (IHSS) the hospital has gone more than 15 days without having hospitalized patients, according to Dr. Carlos Umaña, president of the Northwestern IHSS Physicians Association.

“Until now we do not have a new variant in the American continent, we can say that we are in the lowest part of the pandemic, which is why we are suggesting the optional use of the mask outdoors, not in closed places , until we have 80% vaccinated we can take off our mask. Today, we have around 70 to 75% with a full schedule of two doses and around 50% with a schedule of three, that is the updated situation of COVID in Honduras» describes Umaña.

How is the public health system now?

The public health system in Honduras has had many shortcomings, «The problem of the pandemic was the corruption that it generated, where, as everyone knows, overvalued purchases were made, unnecessary purchases and this came to sharpen the national health system even more, they used tricks to leave more than 5,000 people who never worked on the front line unemployed, and this has overloaded the payroll of the health system by more than 17,000 people,» said the Director.

“Thank God, with the exception of a new variant, which is the BQ1, which is a variant of the Omicron lineage that is in Europe, at this moment in the United States and the rest of the countries of the American continent, which are the that transmit the disease to us in Central America is not present, so we can breathe easy for now and hope that this new variant, of the Omicron lineage, does not spread around the globe,» he concludes.

If another pandemic of the same virus or another were to arrive, how would Honduras face it?

«We are hardly going to face it well, the health system has many shortcomings, the only thing we have is the human resource that is trained and we have it in sufficient quantity, with the inputs we are not well, we would have to make a lot of investment, in hospital rooms and in all areas, let us trust in God that a new variant does not come to us” he points out.

Here comes The Wolf. Will we trip over the same stone?

Apparently in Honduras and probably in other countries around the world, we do not learn from bad experiences; we do not take corrective action to prevent us from losing valuable lives again by not establishing a preventive health system. Carlos Umaña is also a deputy to the National Congress and we ask him if there is an environment to propose Laws to strengthen the national public health system.

“We already have in the Health Commission, the new Social Protection Law; it is a Law that is not going to privatize the Honduran Institute of Social Security, a very complete Law. But it is difficult to build; it has many articles, and the Opinion Commission is very slowly. I hope that by the end of the year they have the document, and it can be introduced to the Chamber; let’s remember that five complementary laws emanate from this law; it is not easy to build a new health model,» he mentions.

For him, the foundations are being laid for a new law that is universal and free for those who have no resources, in which all Hondurans contribute in solidarity to the system.

«Health is not cheap, health is an investment, it is not an expense and we all have to be supportive, that will be the construction of the new Social Protection Law» concludes Dr. Umaña.

There is already a new wave of Covid19 in Europe and in several countries in Asia, in Oceania, an increase in cases is also being reported in New York; that is, this new wave is already coming to the American continent.

Will the government be ready? The health sector?

According to Dr. Reyna Durón, coordinator of the Covid19 Observatory, Central American Technological University (UNITEC), the country is not ready to face another pandemic, because in these nine months of the new government, the public agenda deals with labor conflicts, political conflicts, controversies in the health sector, which suggests that they would react until the hospitals are full again.

«This is the time to prepare, this has already been announced, the fact that mortality is increasing in other places means that this new variant is more severe than the previous sub-variants, so what to do, you have to be ready to detection, once again having the tests available free of charge to care for the population, be it in triages, in health centers or other units, the researcher details.

The negative impacts of the pandemic on Honduran society

After the mandatory confinement due to the pandemic, the return to face-to-face classes took place little by little; many schools were destroyed by the passage of hurricanes Eta and Iota, although the educational authorities called for a return to class without excuses. In April 2022.

The Secretary of Education, Daniel Sponda, argued that the majority of students, as well as teachers, were already vaccinated against COVID-19, so the lack of vaccination could not continue to be used as a pretext. He emphasized that online or internet classes were only a palliative, which unfortunately in Honduras lasted for more than two years.

From Honduras, Covid – 19, a revealing pandemic